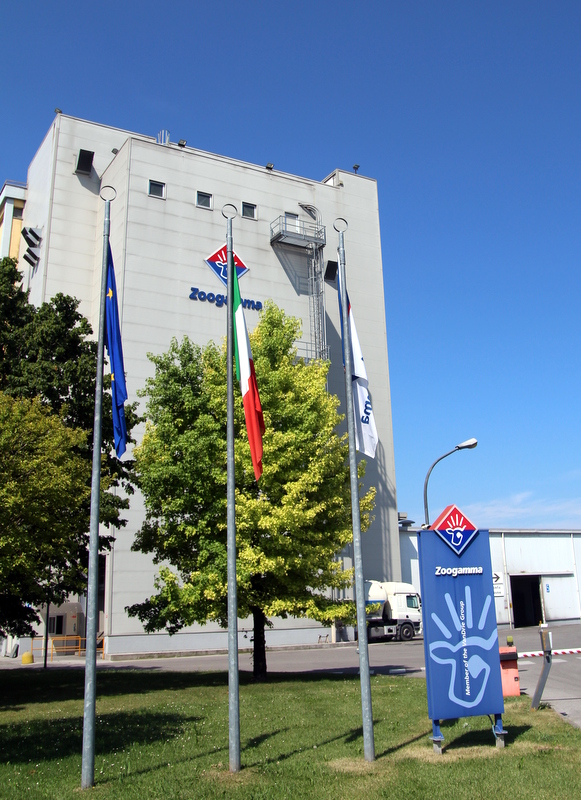 Milk based feeds consist mainly (40%) of whey powder produced at our Casalbuttano plant, to which other dairy raw materials are added (skim milk powder, whey protein concentrates, etc.), vegetable proteins and fatty raw materials (such as vegetable oils and animal fats as well as lecithin and emulsifiers). All of which, in different formulations, substitutes cow’s milk.

The straw based feeds however have been developing steadily in recent years in reaction to a 1998 European Union requirement of a minimum quantity of solid feed to guarantee animal welfare.

Nowadays, the solid diet has become a supplement to liquid ""milk"" and is being used in all veal farms with different methods and amounts. Zoogamma has been able to adapt to this trend, and thanks to the construction of a new plant in 2015, the current production amounts to about 60,000 tons per annum.
This type of product is primarily made from cereals such as corn grain and corn flakes, from legumes such as soybean and pea protein and finally from cut straw.